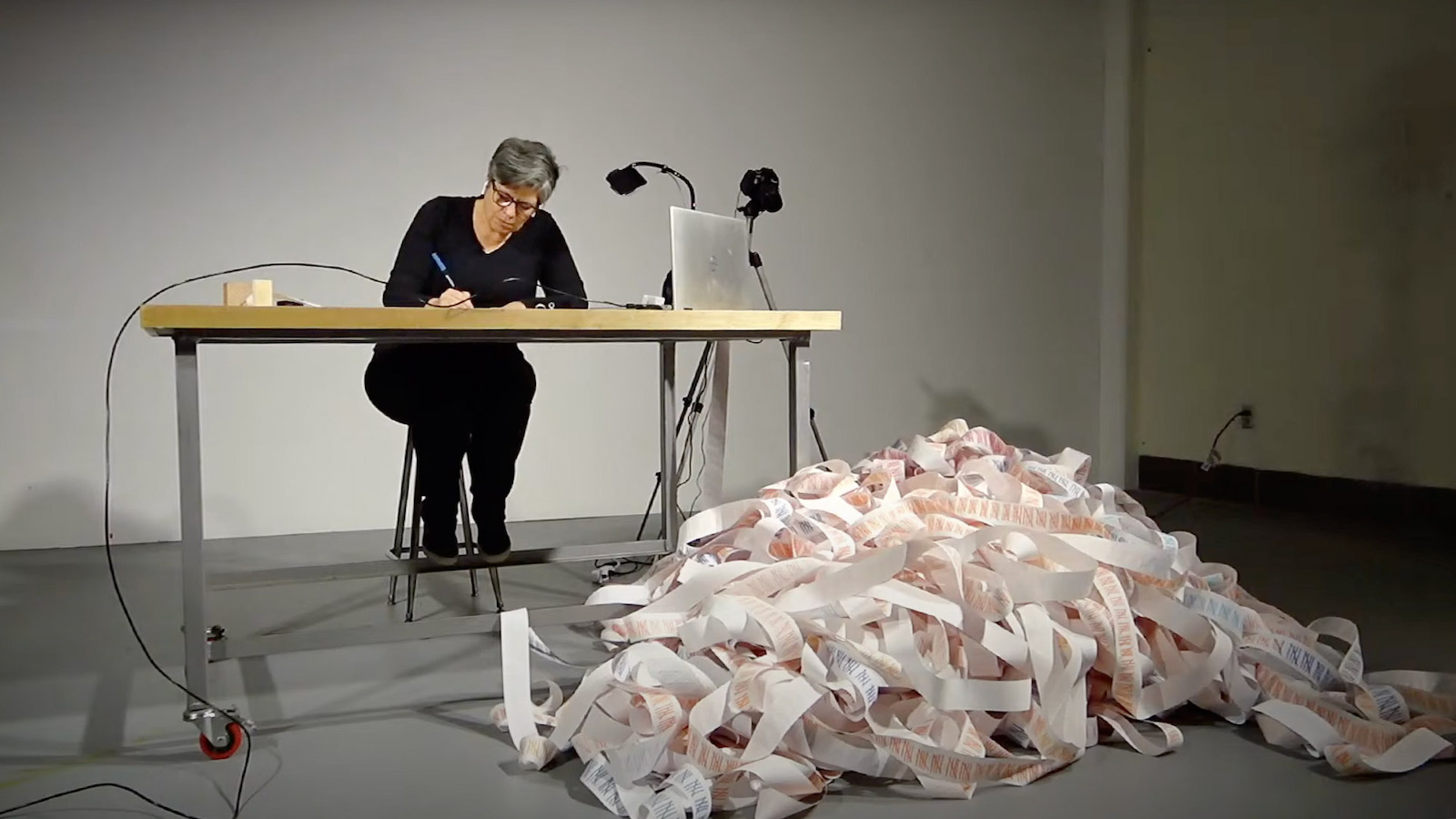 “It is really hard to wrap your head around a number and have that be real,” Katt said. So she decided to turn intangible numbers into something plain to see: tally marks on adding machine tape.

For her project, “an accounting,” Katt sits on a stool in a bare-bones studio in the Parren J. Mitchell Art-Sociology Building (open only to a small number of graduate students) and tracks, by hand, everyone in the United States felled by the virus, according to data from Worldometer. As she tallies, she livestreams the sessions, inviting questions and comments from online viewers.

Katt has divided the project into long sessions; on Election Day last year, she made marks from the time polls opened on the East Coast to the minute they closed on the West Coast. “Part of (the project) is the time it takes,” she said. Add to that the intentional discomfort of sitting on an unpadded stool for hours at a time. “I don’t think the image of a cushy chair would be what I wanted,” Katt said. “I knew wanted it to be a grind because (living through the pandemic) has been a grind.”

A former nurse who served eight years in the U.S. Air Force, Katt knows firsthand what it means to keep company with the dying. Katt, a civilian working in hospitals, cared for pediatric oncology patients and patients critically ill with AIDS. “Having been a nurse is a big way how I see the world, because I am very in tune to people and people’s suffering,” she said. “Those kinds of things tear at me.”